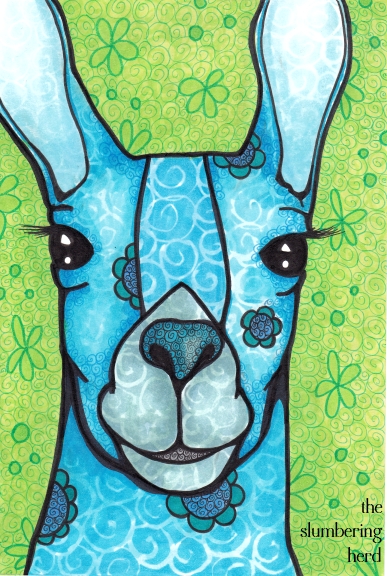 This is Nell, and she has come up in the world quite nicely, benefiting from her predecessors, I think:

The trouble is, I have been doing a lot of dogs lately. And dog noses are not llama noses. It seems I forgot this when crafting Nell’s curious nose. So, she has a doggish, rabbity sort of nose. She seems to like it though.

This was Liquid Frisket Experiment Number 4,which started here: 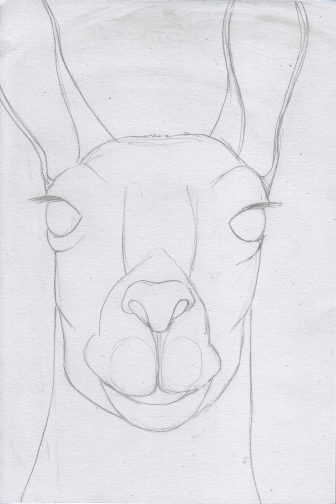 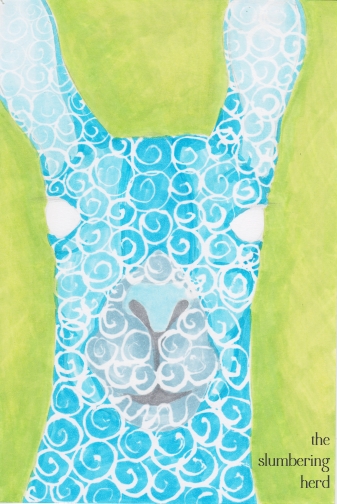 So I decided to fill the background before adding the frisket. I knew I would go over the outline of the llama and I didn’t know if it would affect the texture of the background even when peeled off. I filled up the middle with frisket swirls then went over them with several blues.  Started a little shading but not much. Lost my pencil line in a couple spots, but no disasters. 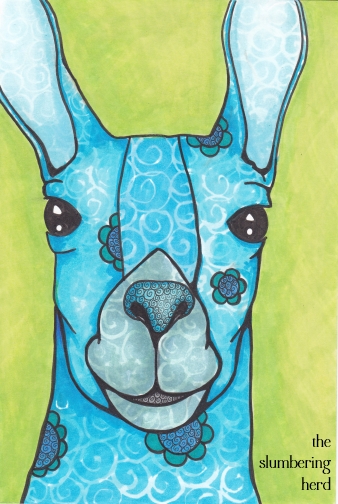 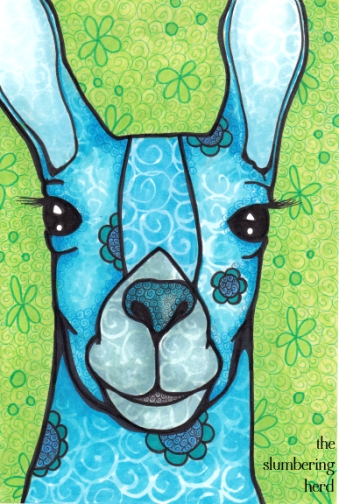 She looks pretty happy, which is nice. I can vouch for the fact that she is, generally, a happy llama. I may have to branch out into (gasp) profiles or (double gasp) a whole llama body. It could happen.

Thanks as ever for dropping in!

12 thoughts on “Blue Llama with Frisket and Copic Markers”