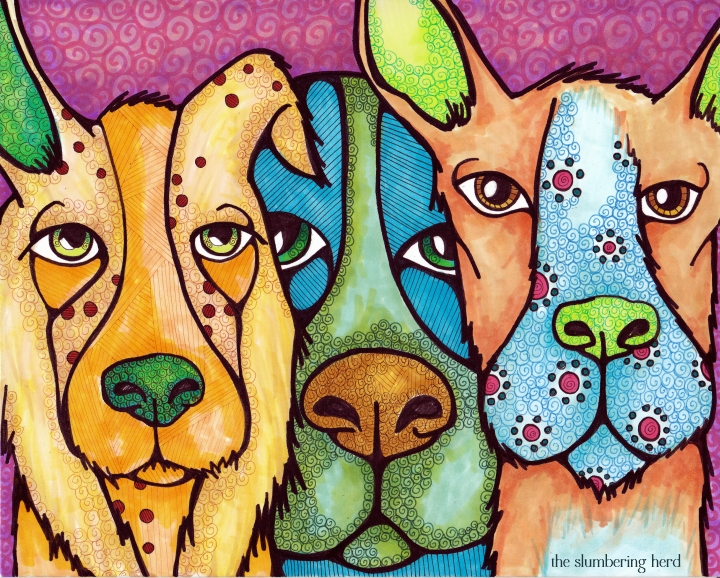 It’s probably obvious these three dogs are awaiting snacks, but just in case some non-dog folk pop in, I thought I would go ahead and spell it out. Rarely does the canine specimen sit so still and with such intensity as when it is watching and/or hoping you are getting snacks from one of those bags or boxes of snacks from the snack table or snack cabinet or snack bin.

From left to right: Laurel, Rowan, Ash. (Well don’t look at me. I believe their owner is a botanist. Or an arborist.) Any peanut butter snacks are mighty fine with all, though Laurel shows a slight preference for apple slices.

I lost a bit of the character from the original sketch – Laurel was less serious, less  fluffy, and more puppyish. Rowan had a much shorter forehead and crazily wondrous eyes. However, since I predict many more dogs to come, whether soon or a bit further down the road, I’ve a feeling those two will be back after some adventure or another. 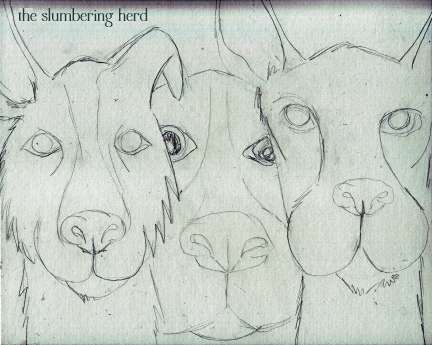 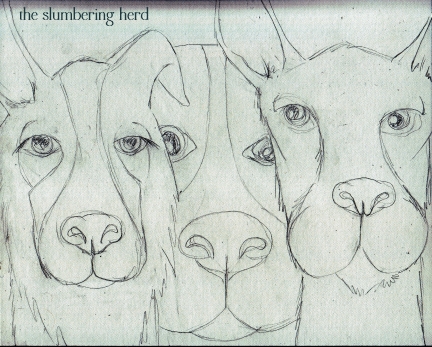 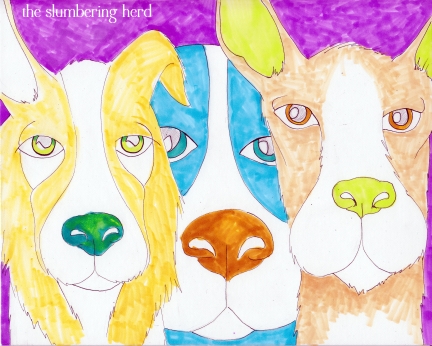 Yeah, this is usually where I think I might scrap it. Why did I pick these colors? These are not the colors I was intending.  Arrrgh! Perhaps more color planning/practice is in order. Or just more art – that is usually the answer. Just keep doing. I suppose I decided to continue with these guys to see if I could rescue them. 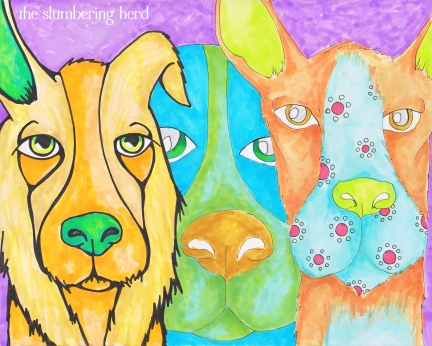 Three Dogs Outline over Color, One

I have been overdoing the details lately so stopped before my normal stopping point to let it sit. Thanks for stopping in!