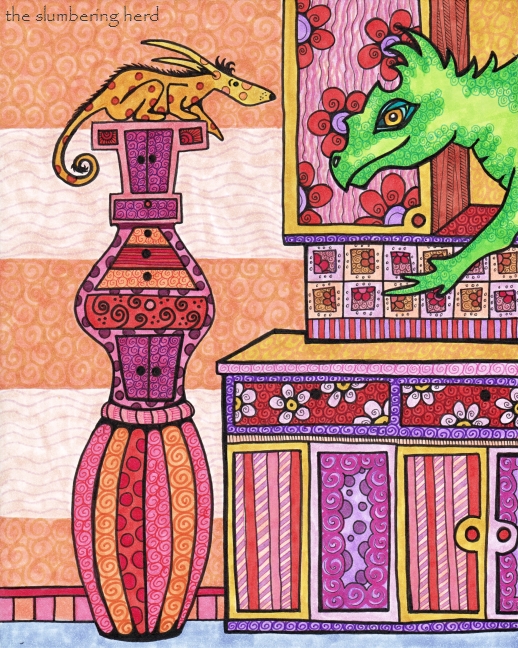 Odd Thing in the Cupboard

So, the theme for a team challenge at Etsy was “The Thing in the Cupboard” – and this is what happened. I wasn’t too happy with the sketch but I didn’t have another idea immediately, so I just kept at it. Here’s the unimpressive sketch:

In the Cupboard, Sketch

I don’t even know what that is.  Some kind of lopsided, gypsy-styled, alchemy chest (with a vaguely steampunk hat on top) – a thing with potential but poorly executed. And why is it in the corner of the kitchen? The whole thing got worse before it got better, with a bit of color. (Copic markers and pens, of course). 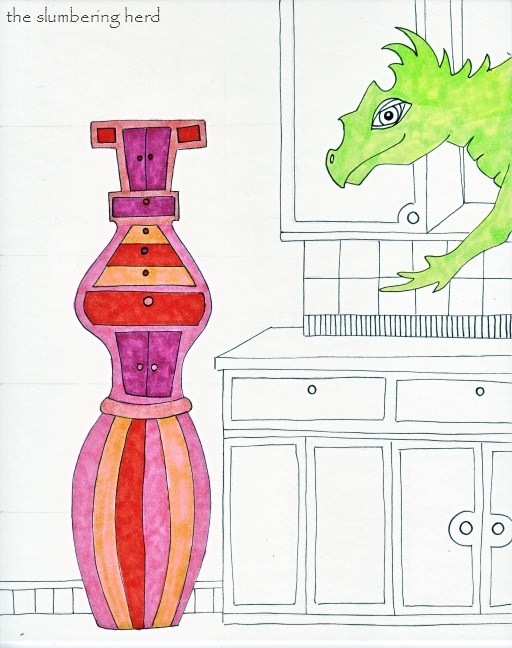 In the Cupboard, Color 1

So, I used a ruler for the cabinet/counter, but didn’t use any rulers for inking. Which shows. I know it. Maybe next time I’ll go with the ruler. But with more color and more detail it was beginning to have a little personality. 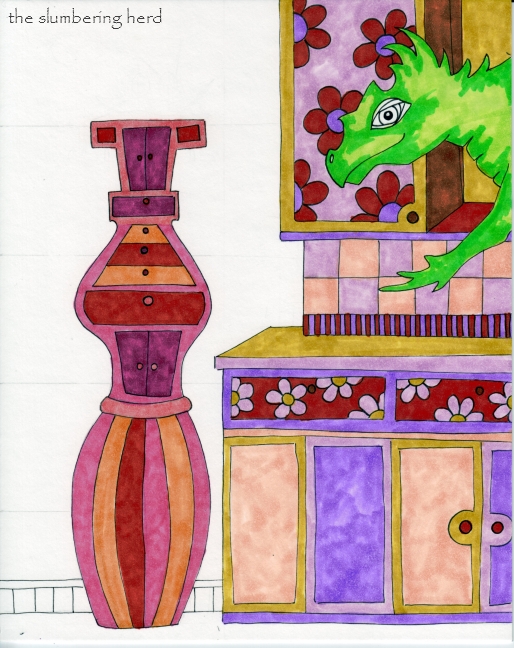 In the Cupboard, Color 2

And then more detail.  I particularly like (as I’ve said a few times), fine details in colors similar to the background color. There is probably a better, simpler and/or more technical way to say that (Feel free to share, if you know it!).

In the Cupboard, Color 3

I have to say I am a big fan of these colors.  I wish the scans were more consistent, but that’s mainly user error. Even so, I’m so pleased I have this scanner (acquired recently for a very reasonable price, though it only does letter size) because, as I’ve mentioned once or twice, I love progression picture posts! 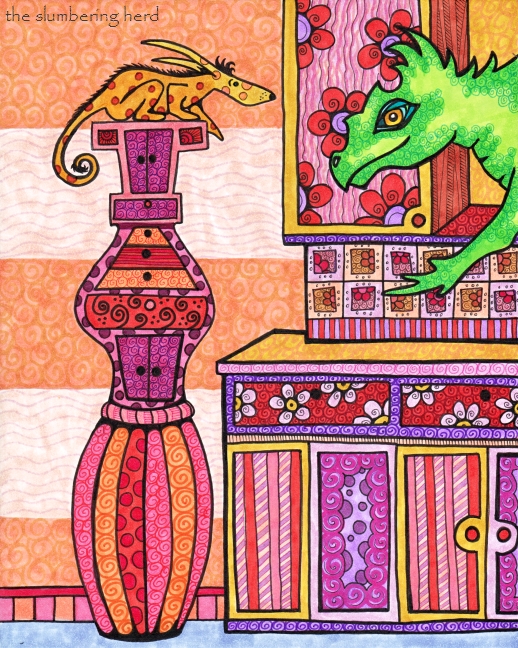 An Odd Thing in the Cupboard or, Attempts to Avert Crockery Disaster

The spotted critter on the left, a Leaper named Cymbal, is the familiar of a very accomplished conjurer. She has quite a few magical skills of her own, and so is not particularly unnerved by the unusually large reptile materializing out of the kitchen cupboard.  In fact, she is not even remotely unnerved by these developments because this particular reptile is only the third largest creature to materialize in the kitchen this month.

For the creature, however, it can be a bit of a shock to find oneself in a stranger’s kitchen, and Cymbal wants to try and sooth the beast before he starts pulverizing the crockery. Cymbal’s job involves far more unglamorous crockery cleanup than she would prefer.

13 thoughts on “Odd Thing in the Cupboard, a Progression Post”