It’s Illustration Friday again. Today, in fact, and the topic is “Scary”. As I begin this post, there are already 153 entries on the list. Yikes! I didn’t actually check last time – (last week – Fuel – being my first IF week, woooo!). Last week I did my illustration on Saturday. But this week, because I have other plans for Saturday, I started when I got home from work and now I am done. (I think some of it must be the enthusiasm of a noob. I’m ok with that.)

Last week, the topic inspired a drawing that in turn inspired a little story with a lot of potential. This week, the topic inspired some stylistic choices outside my standard repertoire (darker colors – though maybe not even dark enough for shadows, and people – I have a hard time doing people!  I have cleverly avoided having to do the face, as you can see). I’ve yet to declare a verdict on its success (or lack thereof).  I’m leaning toward “lack thereof” but I did do a few new effects I rather like and will use again. 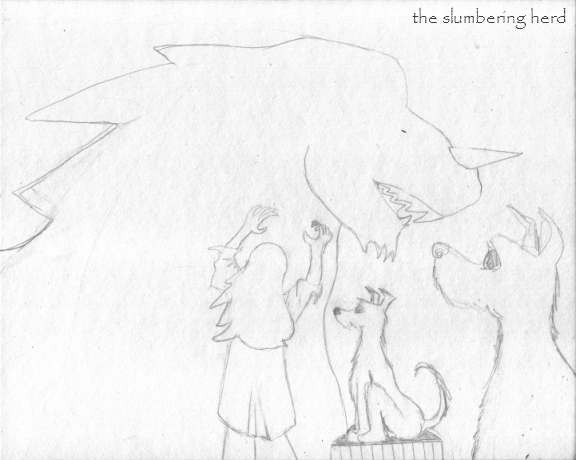 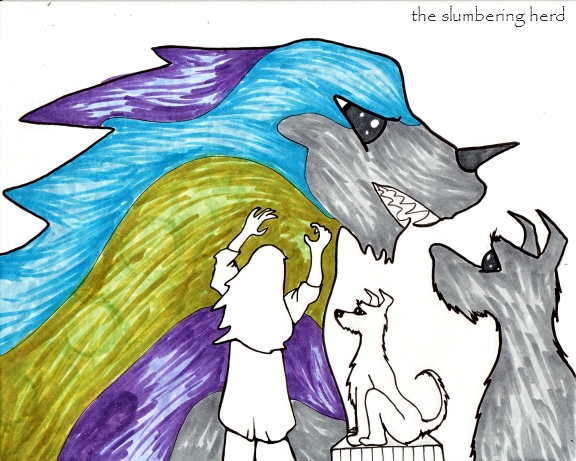 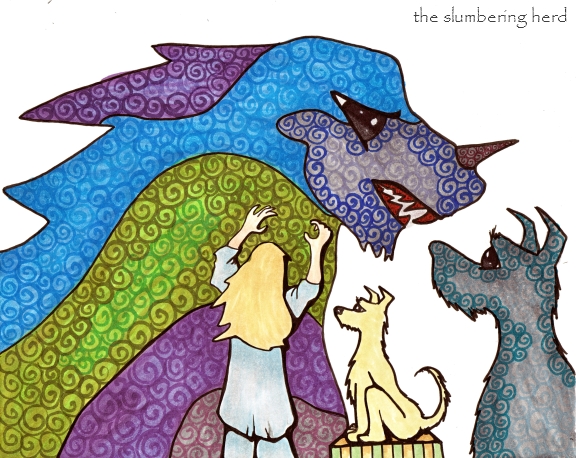 Original 8″ x 10″ Illustration with Copic Markers and pens on Illustration board. The background and a few minor adjustments were done digitally. I was going to scrawl some text across the dark spots, something like:

“Stop trying to scare the dog!”

“Oh my god I’m not trying to scare the dog!”

Aren’t dogs the best? (If you happen to need a dose of the cutest dog on the planet, feel free to look at a few choice photos of Wilson, a.k.a. Boo.)

25 thoughts on “Illustration Friday – Shadow Puppets and a Wild Imagination”