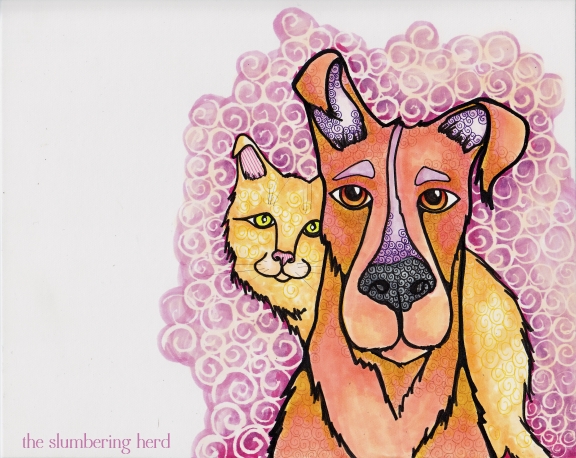 OMG. Seriously. My internet connection was down for three days. A terribly sad state of affairs, I’ll have you know. Yes, I read a book. And finished several drawings, among them the charismatic pair above. (Actually, I don’t know if “finished” is accurate, but close enough.)

An adventure with liquid frisket, is what it was! Many progress pics – scans in fact, with my CanoScan LiDE 700F, if you were wondering – shall illustrate the tale: 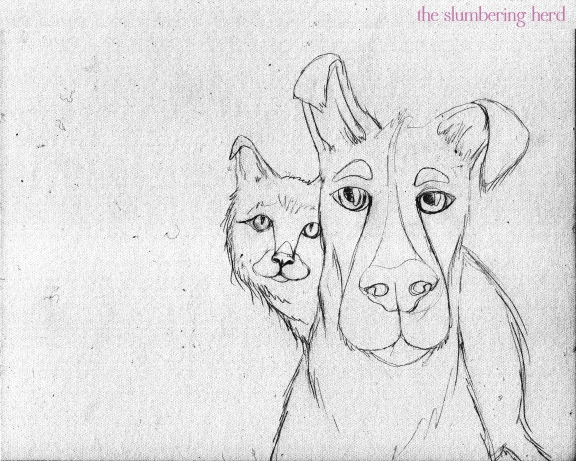 I have been enjoying a recent enthusiasm for goofy, cartoony dogs. And I have also been trying to add more cats, because people like cats. I like cats, just not as much as dogs. She looks a little sad in this sketch. Perhaps you’ve noticed my clever placement wherein I was not forced to wrestle with drawing paws or legs. But I rather think she looks cute perched up there. 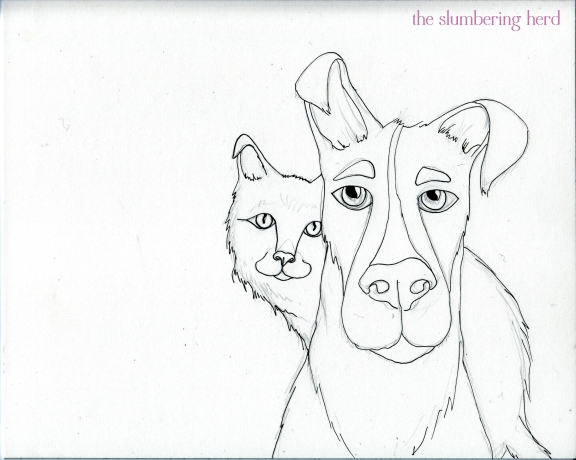 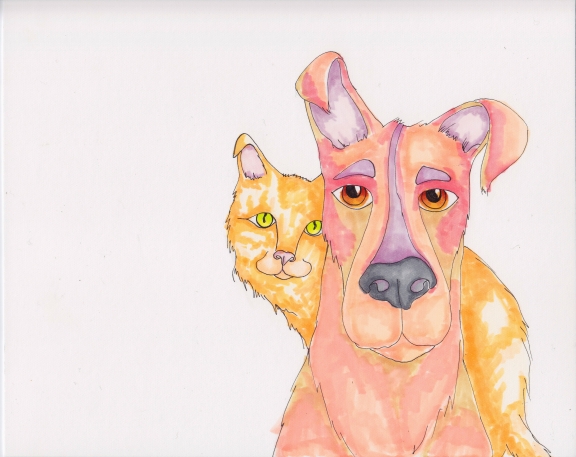 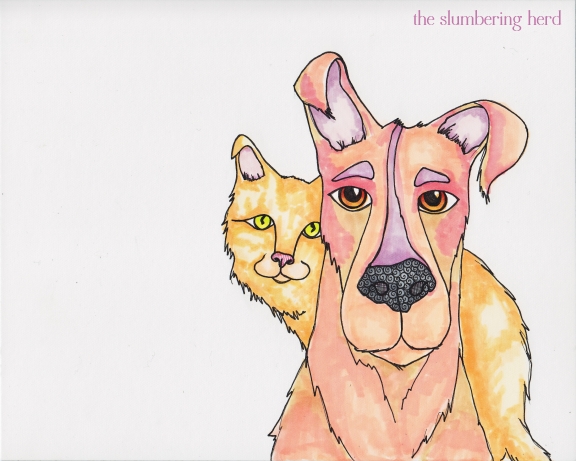 Starting to show some life with a .5 Copic multiliner outline. The eyes are a tad vacant, which is something I need to work on. 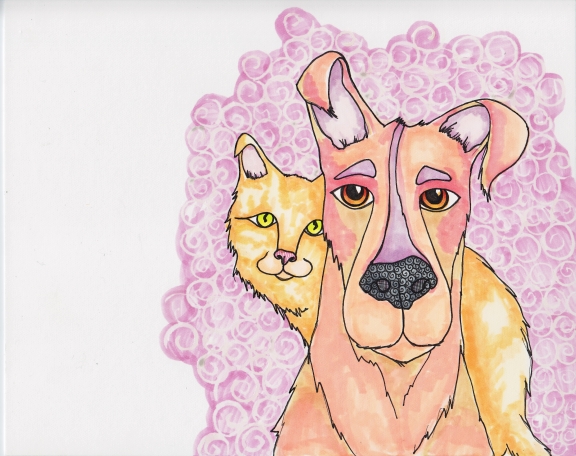 Ok, the frisket! It is a latex masking medium. So you paint it on, and then paint (or in my case, Copic marker) over it. In the first frisket shot above, I applied a curlique background of frisket, let it dry, then lightly covered the area in one color (Begonia, I believe). I should also note that the frisket dried to virtual invisibility but I could just gauge the shine of it. I decided not to fill the entire background (partly because that’s a LOT of background left). 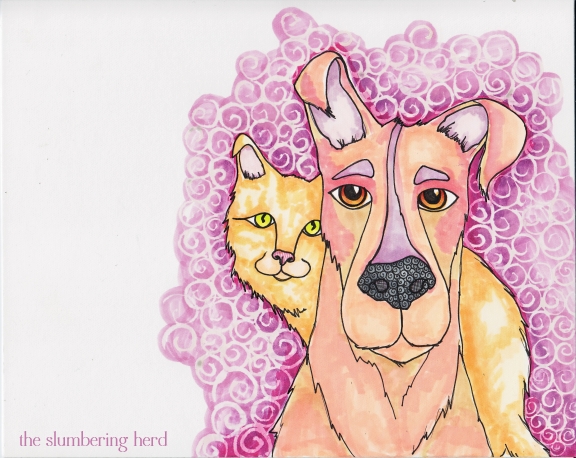 While the frisket was still on, I figured I should take advantage of some Copic color blending just around the bodies.

And then, ta-da! Peeled it off. Note: The best pick up to use is a natural rubber pick-up. The clerk at Dick Blick’s was kind enough to let me know when he saw my frisket purchase. And it did work great, and was kind of cool. It comes right up, and can even be peeled. I didn’t scan it right after I peeled it off, but it was white as untouched paper below.  I decided to go over the whole background area with some very light peach and pink.

The final needed heavier lines, so I used my Copic black marker with the pen tip (as opposed to a multiliner), mainly just for the outside outline for both. Added a few more bits and bobs, not sure if it’s done, but there you have it!  Thank you for visiting! Let me know if you have any questions about these things.  Oh, and a special shout out to art blogger Leslie White whose lovely paintings employing liquid frisket inspired me to try it. Hooray!

9 thoughts on “Copics and Liquid Frisket, Experiment No. 1”