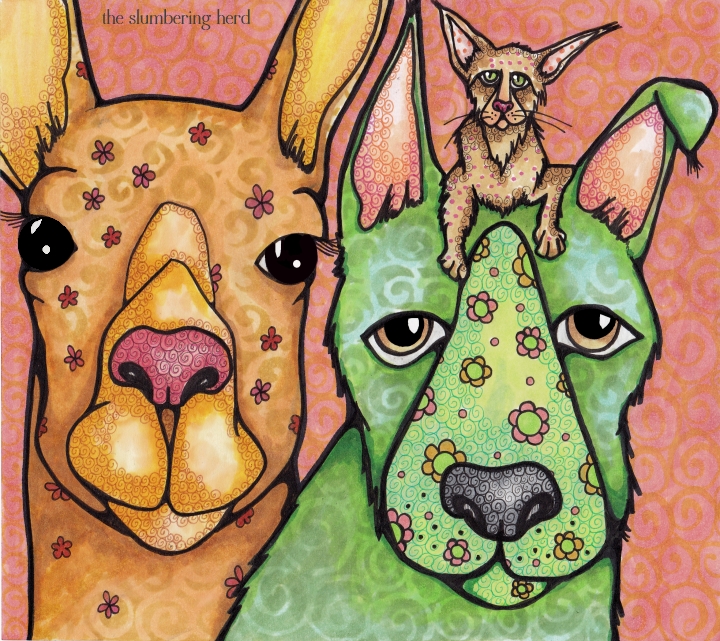 The complications of llama ownership weighed heavily on Sven the cat, who had been up much of the previous night trying to convince the llama that she did not belong on the bed. Or, failing that, at least not to rest her head on poor Sven. Liam the dog, Sven’s best friend and housemate, was not much bothered by the ruckus, as he is a heavy sleeper and prefers his kingly brocade cushion bed to the platform bed.

Why did you want a llama, again? asked Liam.

Sven scowled darkly at the dog. Then he glanced over at the llama and couldn’t help but smile. “Look at her. She’s so cute! And one day she’ll let me ride on her head. And we will conquer the world!” He sighed. “I do wish she was, you know, a bit quicker. About stuff.”

Liam rolled his eyes and went make a sandwich.

Before you ask, Sven is a softie so there is no way he is going to leave the llama outside. The llama he hasn’t named yet, I might add, though he’s leaning toward Doris. It all started here: 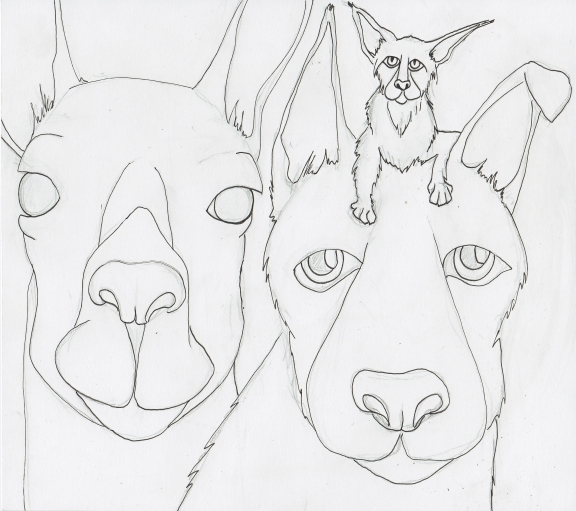 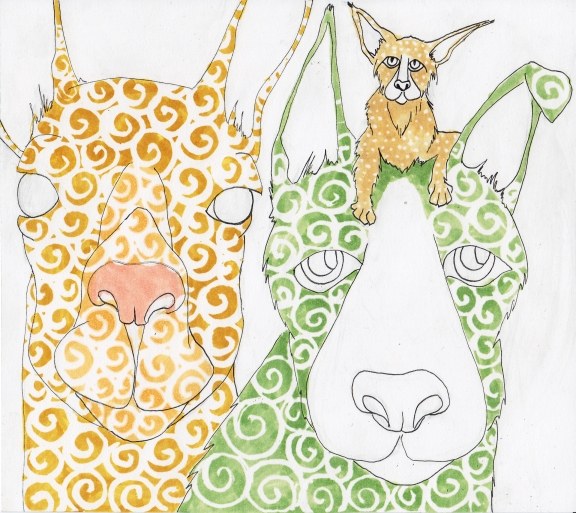 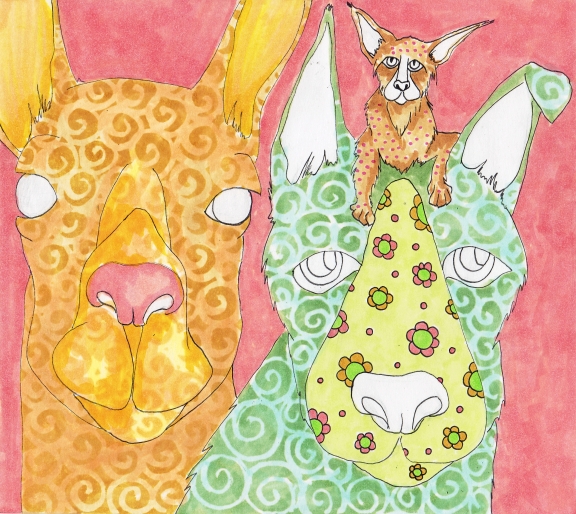 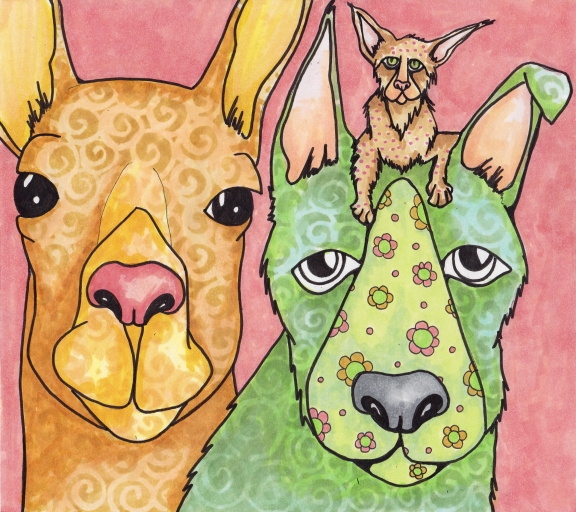 So what seems to happen, with these non-Illustration Friday illustrations, is that I pick an animal to draw (lately dogs, llamas, cats, sheep, goats, cows, mainly). Once he or she is done, I decide what other animal wants to be in the frame, too. And then another, if there’s room. And from there,a relationship becomes clear. Which is how I knew that poor Sven, the terribly weary-looking cat, had been up all night trying to take care of his new llama. And that Liam with the just slightly exasperated face, was not in favor of the llama particularly but you know, as long as he didn’t have to feed it or walk it.

Hello! Thank you for coming!

22 thoughts on “A Llama for Sven, Copic Markers with Liquid Frisket”