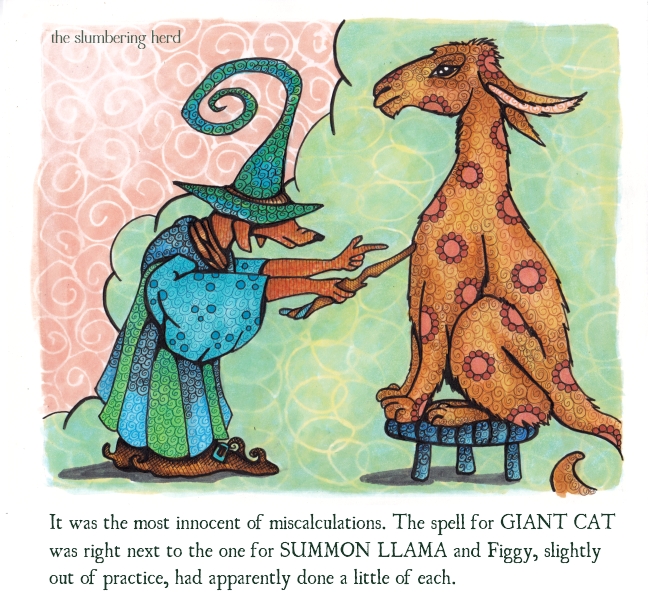 Miscalculation, for my second Monday Artday submission. My main regret with this is that I didn’t take the time to create some eye contact or other communication between Figgy and the Llama-Cat. Also, maybe there should be some indication of magic at the end of the wand. (I added some silly sparks digitally in a version at the end of this post.)

Figgy was captured here in a bit of a state of shock right after the event. You might expect the same of the Llama-Cat, but she didn’t seem very bothered. Of course it’s several months since the events pictured above, and the two are (usually) great friends, sharing a love of buttered croissants. Also repeated viewings of Milo and Otis.

Many work in progress pics: 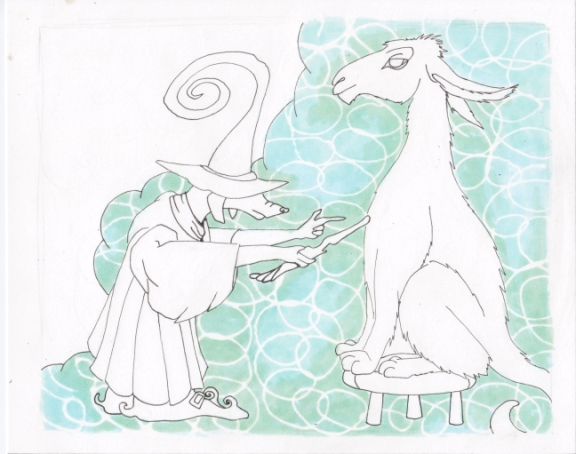 Instead of my usual swirls, I kept the masquepen down the whole time and did messier swirls. I don’t love it as much as the kind with the curly-q ends but I am trying to expand my toolkit!

Yes, this is the point where I say yack! These colors are not working! Mainly the clownish blue and green stripes on the robe. But I have learned to stay the course through these stages. 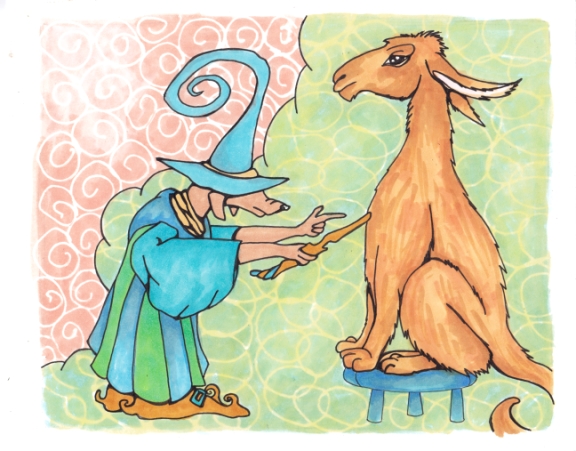 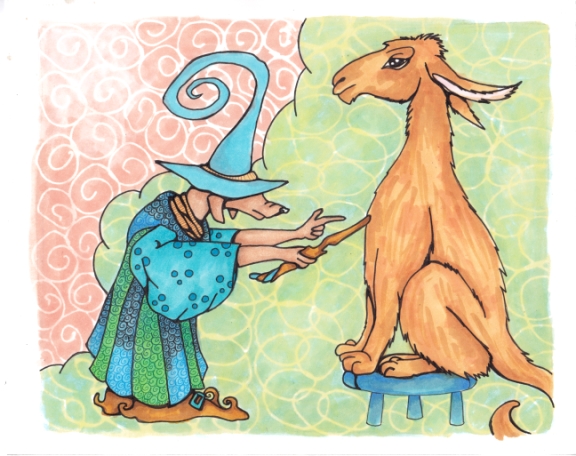 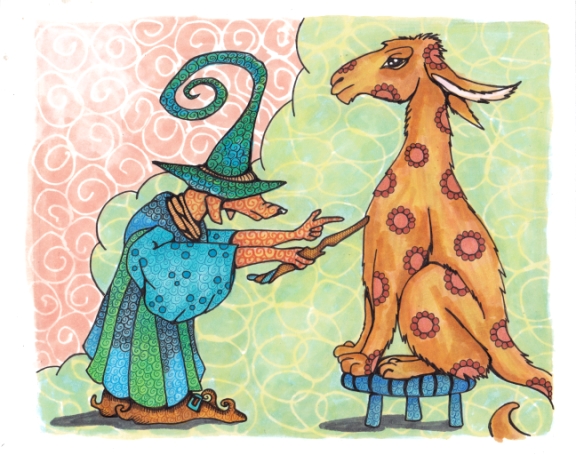 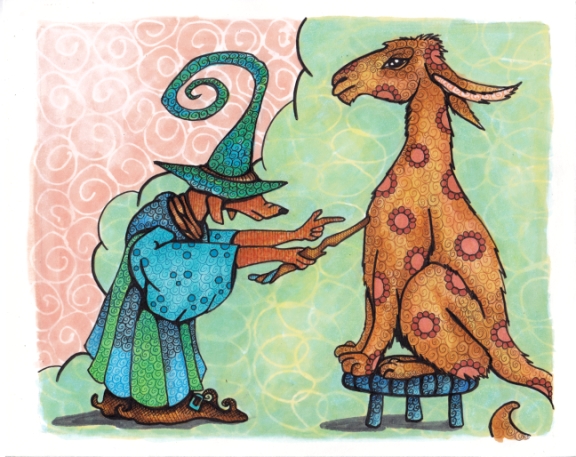 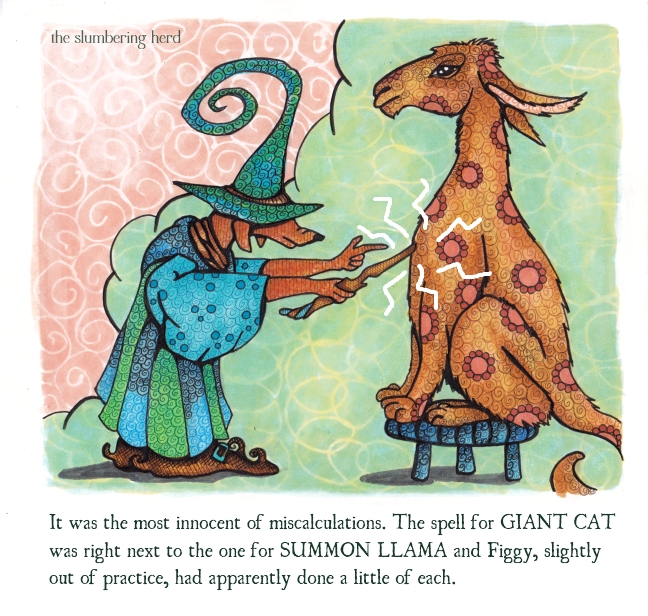 This was fun. More full figures (rather than heads only), a different color palette (for me), and some general silliness. Thanks for dropping in!