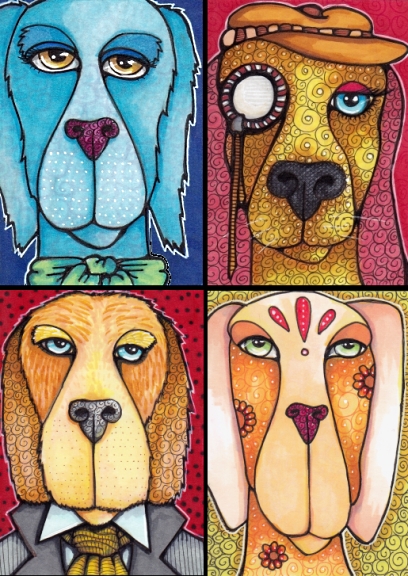 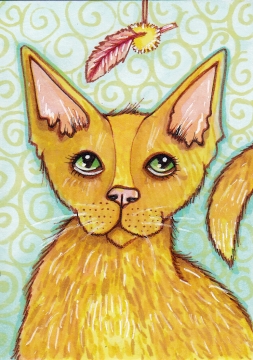 12 thoughts on “And the Dogs Played On, More Copic ATCs”