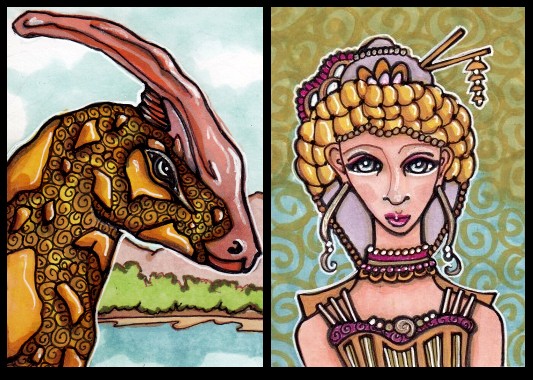 Another day, another two inked art cards with an unlikely connection! The parasaurolophus and Imogene are faces number 17 and 18, which puts me slightly ahead of the February curve!

This is a detail of a larger tapestry that hangs in Imogene’s front hall. She claims it was inherited down several generations, originally stitched out of the imagination of a talented great aunt from Quebec whose husband was the owner of a parasaurolophus skull.  The story is somewhat tenuous, as the  parasaurolophus was first discovered in the 1920’s, after the woman in question had died.

Incidentally, this creature (who probably looked totally different than this!) lived 75 MILLION years ago (according to Wikipedia. Hold it, confirmed at BBC Earth). Did I mention – SEVENTY-FIVE MILLION YEARS. I can’t even.

Here’s my last week’s retrospective (as inspired by denthe): 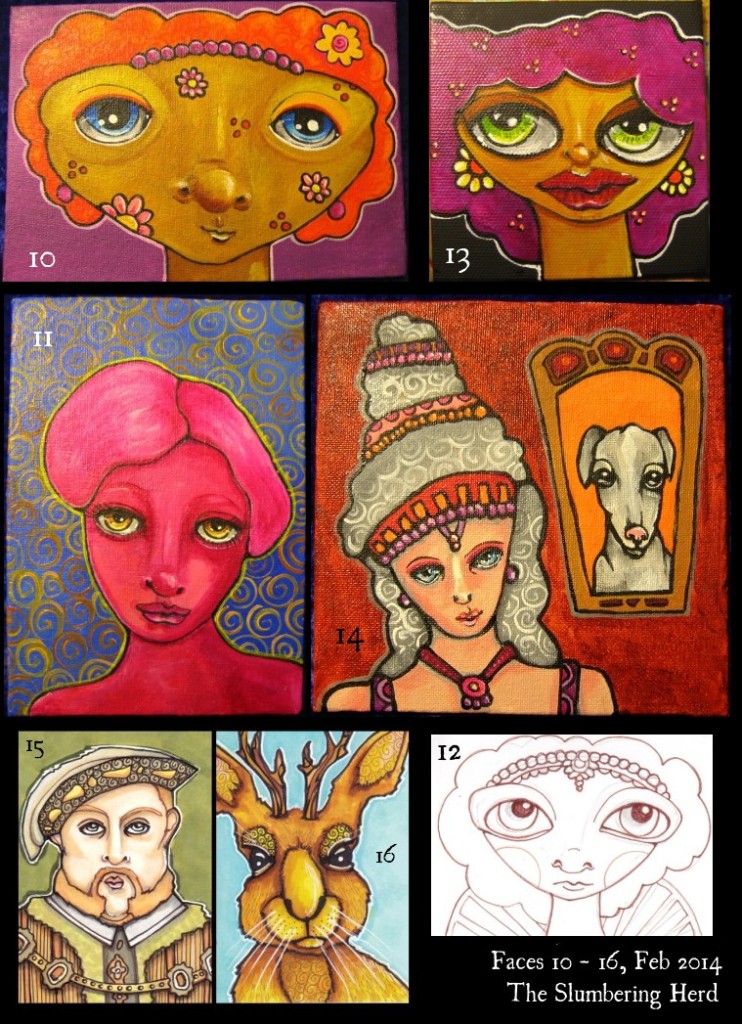 18 thoughts on “The Maiden and the Parasaurolophus, Ink Art”