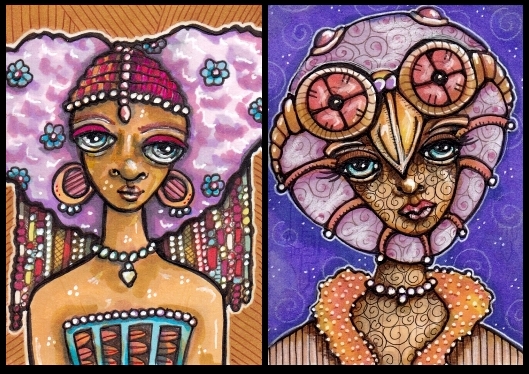 7 thoughts on “The Twins Who Parted Ways, Pen & Ink”