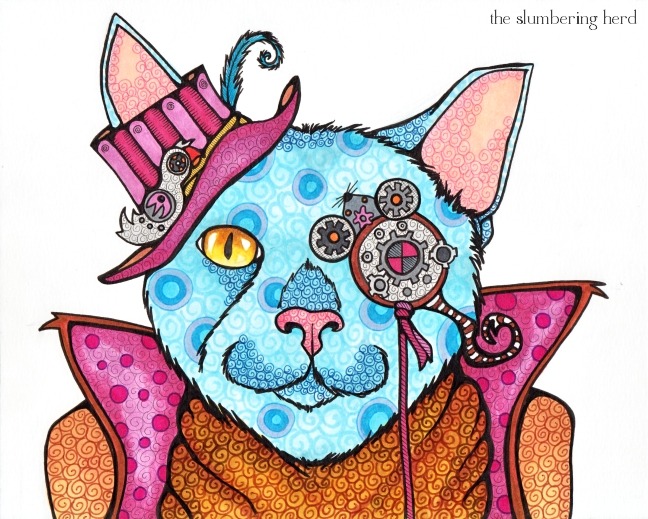 Hello! More Copics! Let’s face it – even if I was totally sick of them, an eventuality I do not predict, they cost too much to set aside.  Which is kind of funny and kind of rough. But that does lead to a question I have been asking myself lately, and that is, how much more is painting respected as an art form, than marker art? I think quite a lot, and that makes me feel like I should “eventually” be a painter.

I mean, I believe pen & ink art is a longstanding and respected art, but I still think people have a bias toward traditional painting. And markers to me seems even a step down from pen & ink. I mean, I think markers in the same way I think “crayons”, a bit. So if I have this bias, so must other people? Most people? What do you think? (I don’t know if the bias exists in regard to digital art, but I suspect in many circles it does, though less so than markers, I imagine!)

Ok, here’s some progress pics. I had planned on a steampunk cat. But steampunk cat turned into steampunk magician cat. I think it’s the big cape thing. Also his ability to shoot lasers from his claws. I was pretty pleased with the mouse-shaped eyepiece (with tail that can be used as a bottle opener!). I actually just started a dog (collie-ish) with an eyepiece in the shape of a cat. 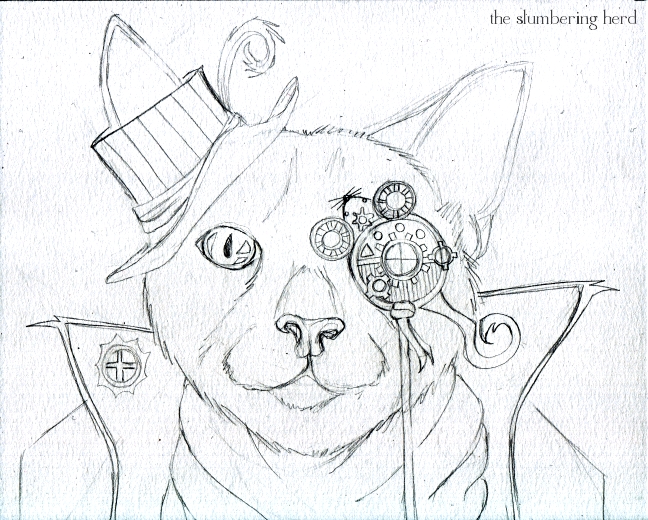 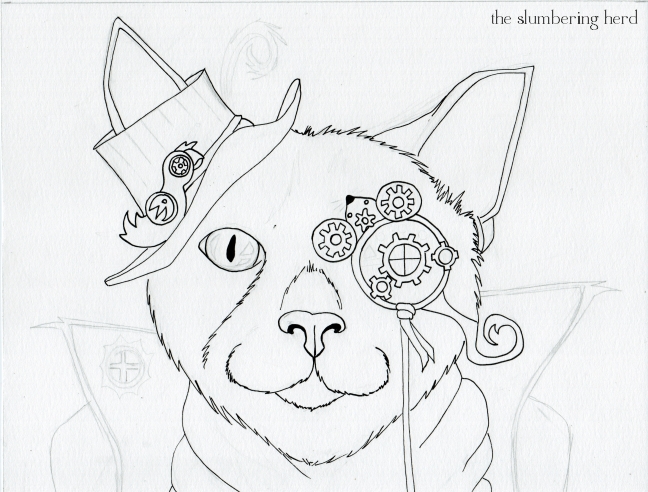 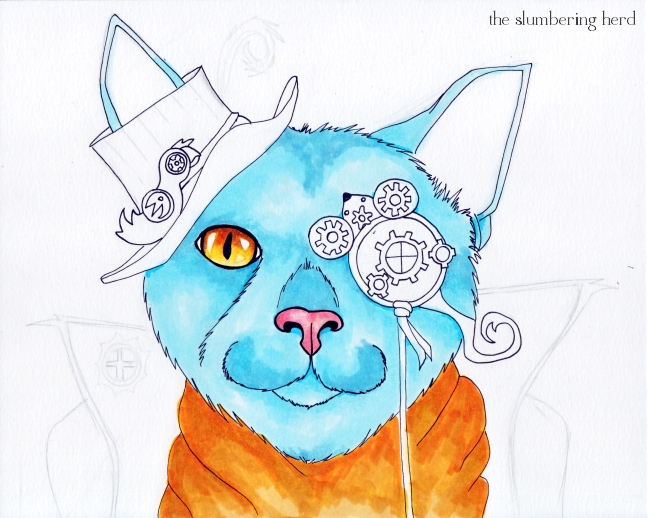 Are those some crazy blues or what? Copics. Yup. 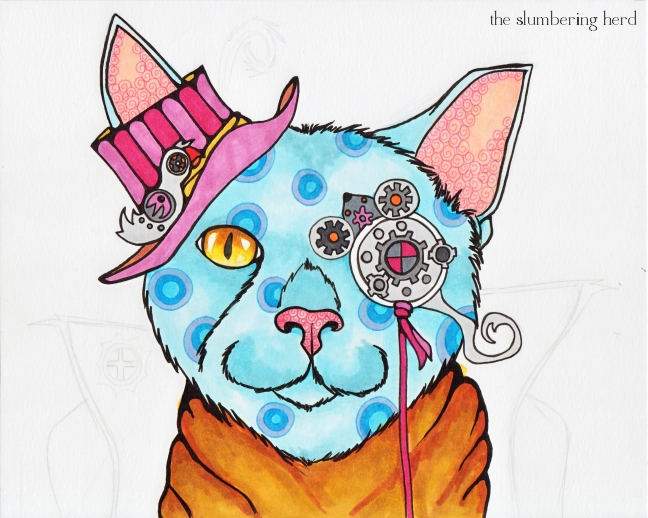 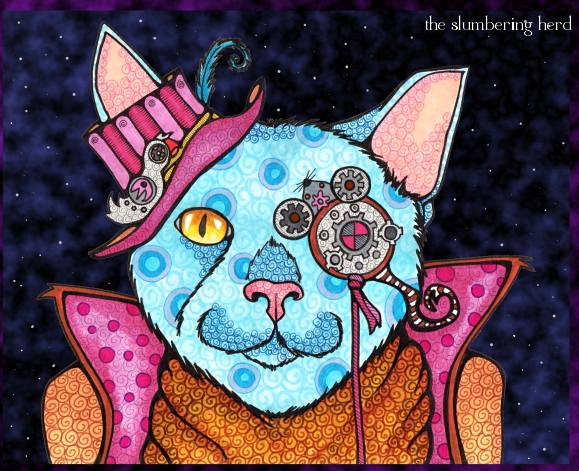 I thought this cat would make a perfect Saturnalia or other holiday card, which it does! And can be found in my Etsy Shop. (I also have prints on order!)

Thanks for stopping in! Let me know what you think about that markers vs. painting thing.