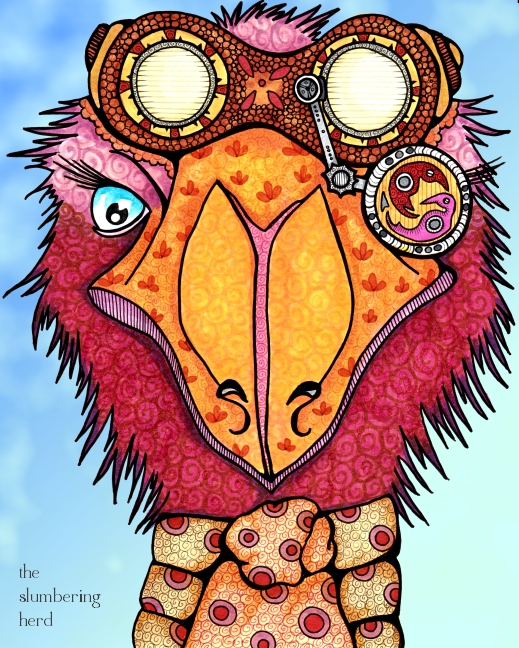 I had a crisis during the production of this beast! If you’re only interested in the end result, look no further than this first, completed image.

He is known as Pippin Blue Eyes.  Yes, named for a particularly mischievous hobbit. Yes, I put a Tolkien reference on my blog.  So sorry. (Alternatively, you’re welcome!)

Pippin has a quick temper but it rarely escalates beyond (what he thinks are) proper British exclamations such as  Bugger it!, Absolute rubbish!, and Flibberty Gidget! So he’s really both mild-mannered and cranky, a bit like a Caractacus Potts.

And since Caractacus Potts came up in another description recently, I must have Chitty Chitty Bang Bang on the brain. Which I do.  And the reason I do is that I stumbled upon the blog of German artist Iris Luckhaus through Illustration Friday, and after an exchange about Mary Poppins I mentioned the aformentioned, and she had never seen it!  And was excited to see it!  I hope to hear from her, actually, once she’s seen it. (Tschitti Tschitti Bäng Bäng, if you wondered.)

Holy cow, can I ramble. I promised you a crisis: 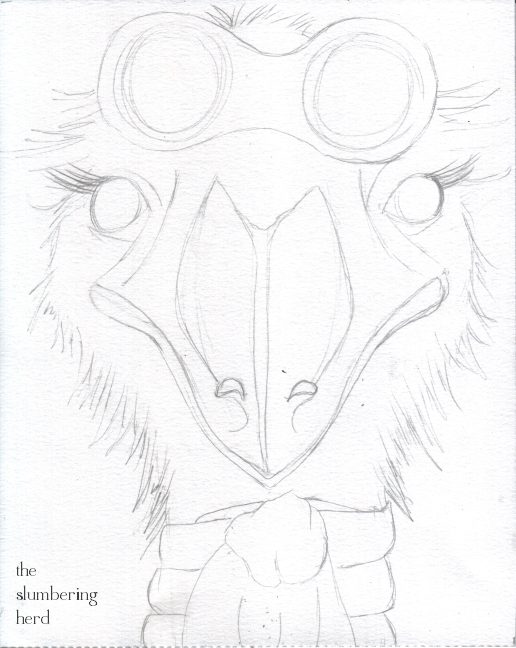 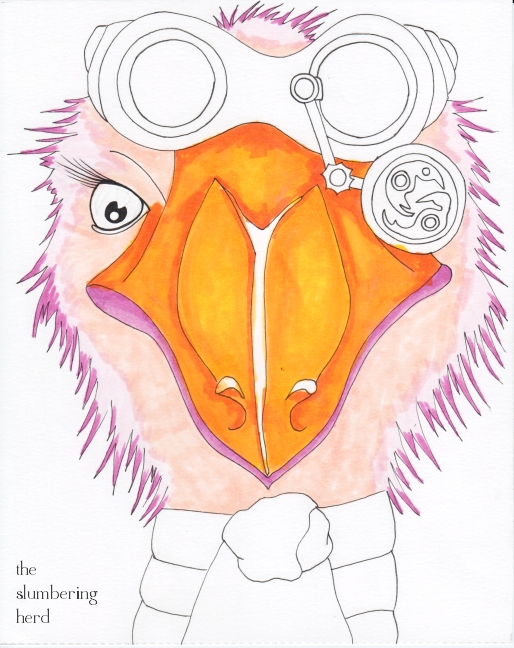 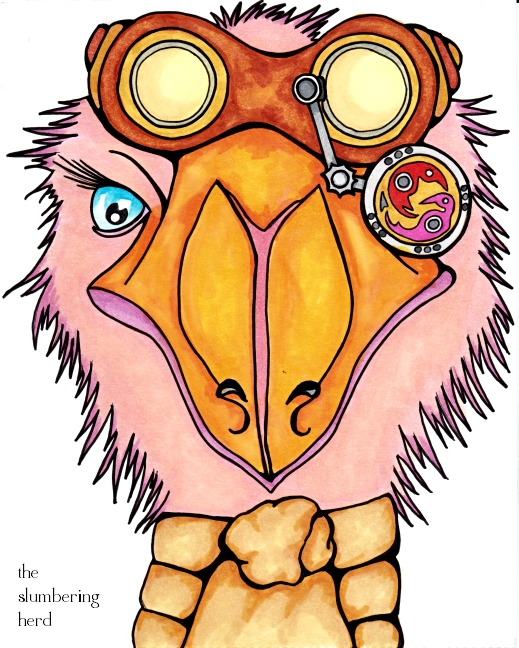 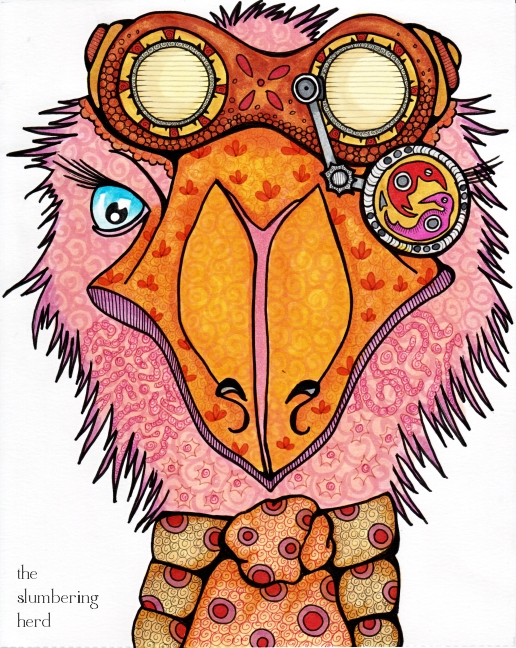 Though I don’t recommend it, you are welcome to click on that 4th scan, the disaster. His cheeks, see, were accidentally covered with two very bad and ugly patterns. Then I tried to fix it but made it worse. <dramatic music>  And I almost abandoned poor Pip right then and there! Then I decided to try and cover it, because Copics do tend to cover well with darker colors over lighter ones.  I worried about the fine liners I had used!

But I believe I was, in fact, saved by RV17 – Deep Magenta (after two slightly lighter colors failed in the same pursuit). Crisis averted! I added the sky digitally and the next day, I came here to tell you about it. 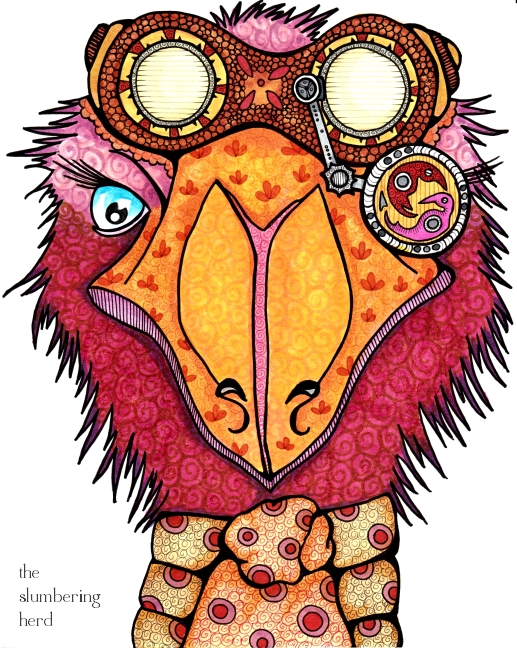 Steampunk Aviator Emu Pippin is an 8″ x 10″ original illustration with copic pens and markers on 150 lb. smooth drawing paper. Thank you for coming! I’m so sorry we were out of pumpkin bread and tea. Maybe next time?