I posted this last night but kept thinking the black background was too severe. This morning I made version 2 (with slightly different wording):

I had been meaning to do both cats and whole animal bodies for a change. I was a bit stumped by “forward” at Illustration Friday, but finally figured a stalking cat would be a good challenge. I had trouble with it! In fact, I almost scrapped it at several points.

In the end, I am sort of pleased with this poster-type slogan thing I came up with. The quote went through a lot of re-writes before I settled on this one. (Another option would be about trying to go in too many directions at once.) (Also I’m not positive about the grammar! But I don’t mind.) The font is UglyQua, which reminds me a bit of the font Edward Gorey often used. It might also be overused but I am not a font expert so I don’t know and I certainly hope it doesn’t offend any super nice design people.  (click on image for a better look!)

I didn’t set out to do a double cat beast, but I was not happy with the original background so had to change my plans mid-flight (which often leads to better places). I was going to do a striped wallpaper wall and an oval rug beneath the (single) cat beast. When that didn’t work, I pulled the cat beast out of the page with Paint.NET, made a double by flipping him, and added the background and text digitally. Not 100% happy with the patterns on him but I was experimenting and that doesn’t always work out! Some progress pics: 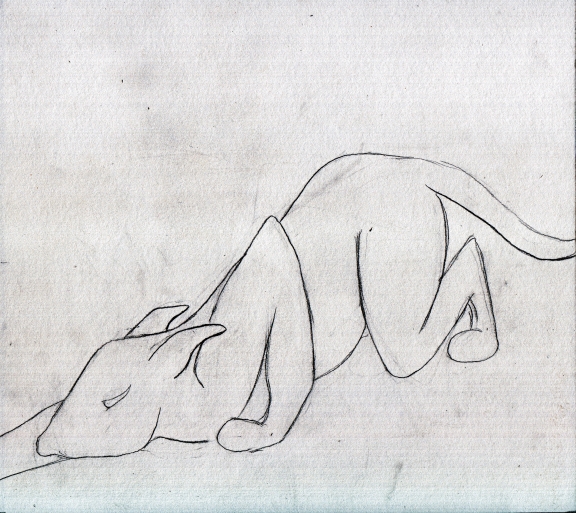 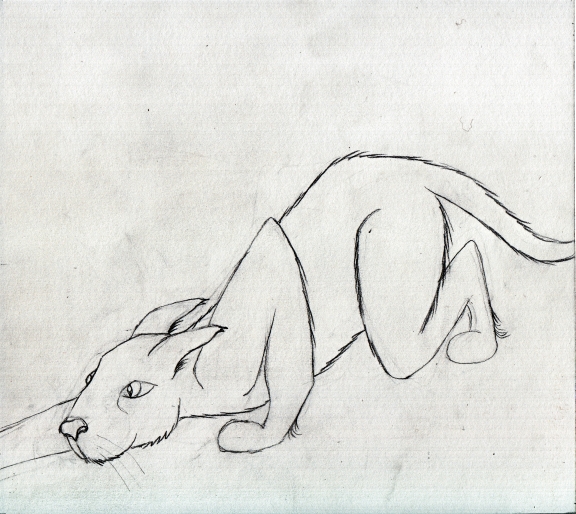 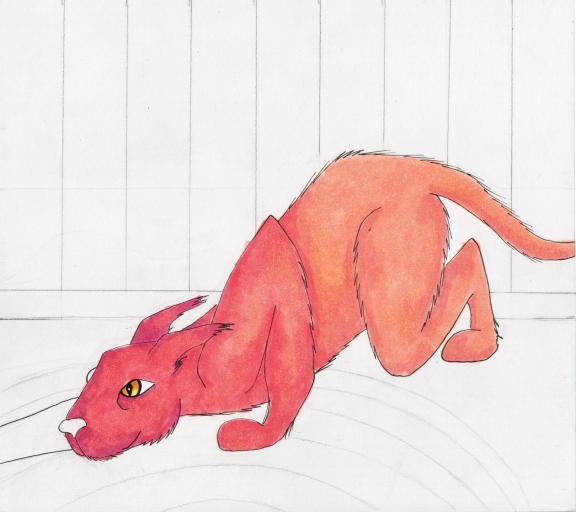