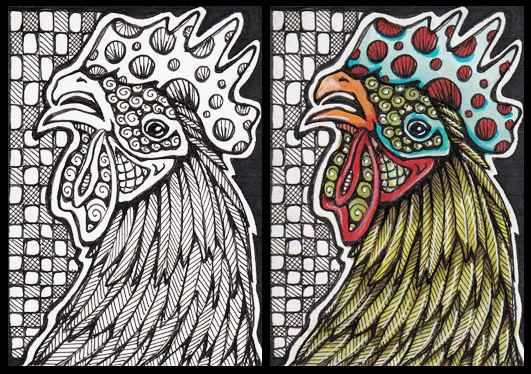 Inktober continues! The rooster was fun. I really tried to manage a black and white pattern that would hold up up without color. But then I added color. :D 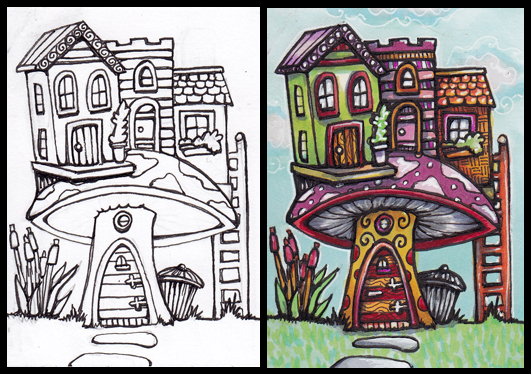 This mushroom villa actually has a bit of perspective (instead of a flat front). Still need to work on that. Meanwhile, where the heck did October come from? Yikes.

Oh my gosh, you guys, it’s so much cuter in color! The black and white on the left was my #inktober production for Day 2, Inspired by this photo of Norway.

And here is a progress shot of the Scouting Team from the other day. You may notice I changed the eyepiece on the horse, as well as the drape of the hood. Also working on the background. 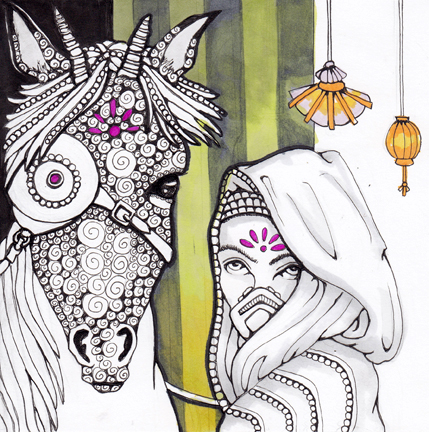 Thanks for dropping in! Hello to Paint Party Friday! 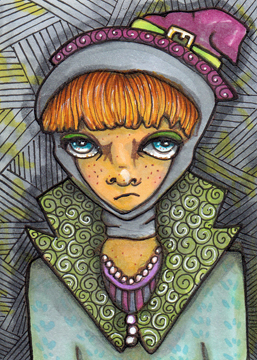 And here’s some tiny bottles for a “Things in Bottles” swap at illustratedatcs.com. I have to do two more. Perhaps I will post them for Inktober and then color them. Or perhaps there will be other plans! 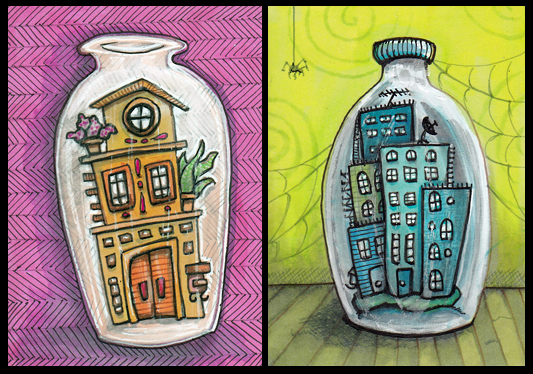