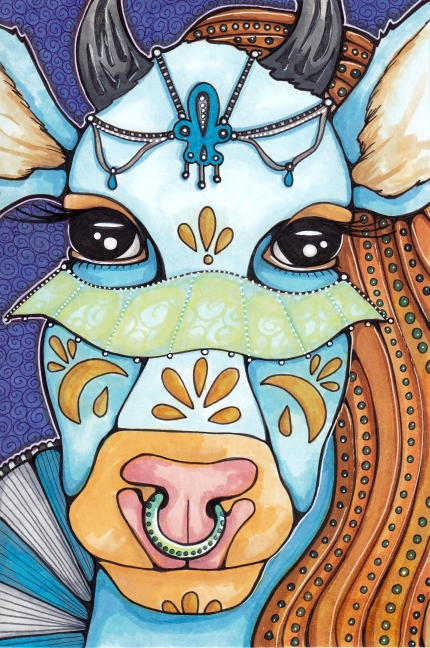 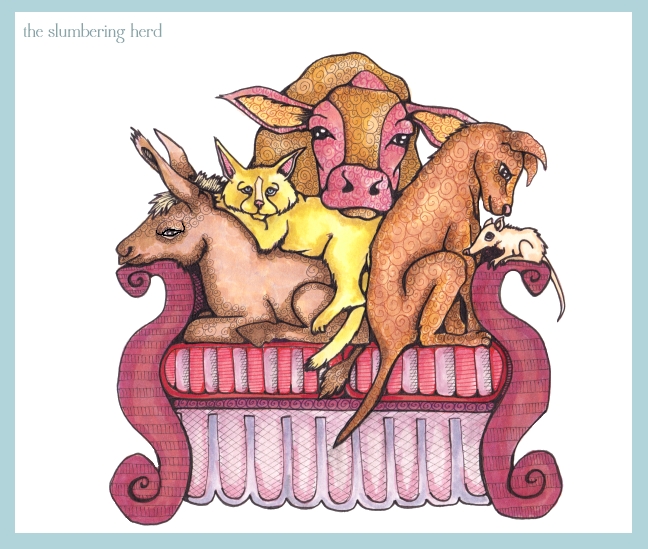 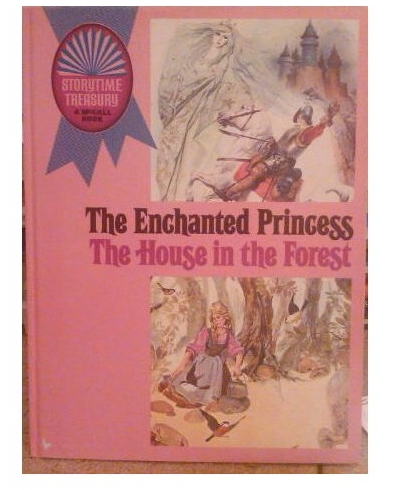 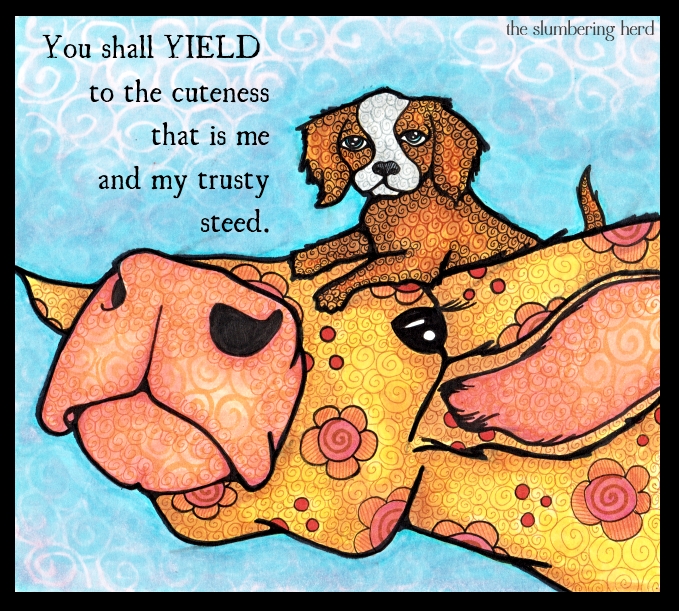 Before the new topic came out at Illustration Friday this week, I had sketched a very silly but promising cow: 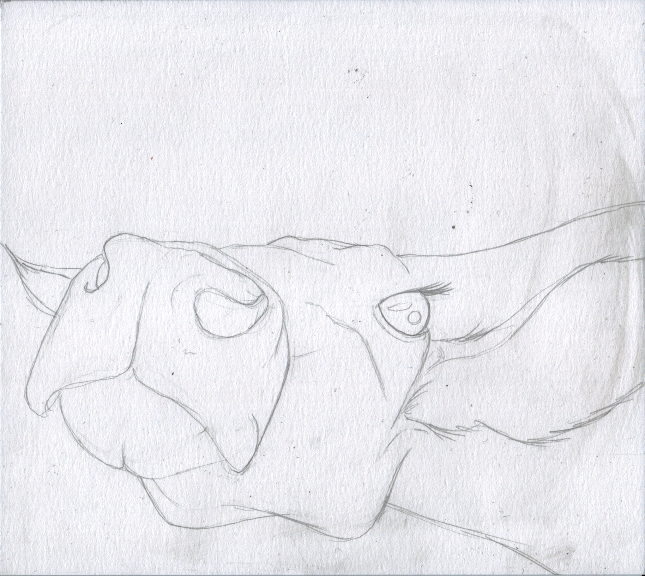 I figured she made the perfect platform for something, but what? And then the topic “yield” was posted, so I thought about how I could use this cow and that word and what I came up with was to put a giant pie on her head with the words, “The apple tree produced more than double the yield of the previous year due in no small part to the fertilization efforts of Hannah the cow.”

Cow pie. Fertilizer. Yeah, not a highbrow moment. I’m ok with that. But I didn’t think a pie would be visually very interesting. I have since decided a pie would have been totally doable – but I went with cute, in the end. Which may be cheap but so is cow pie. ;) 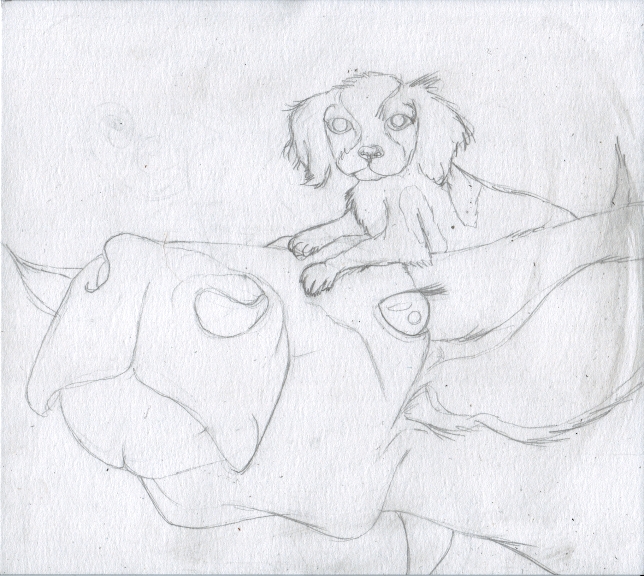 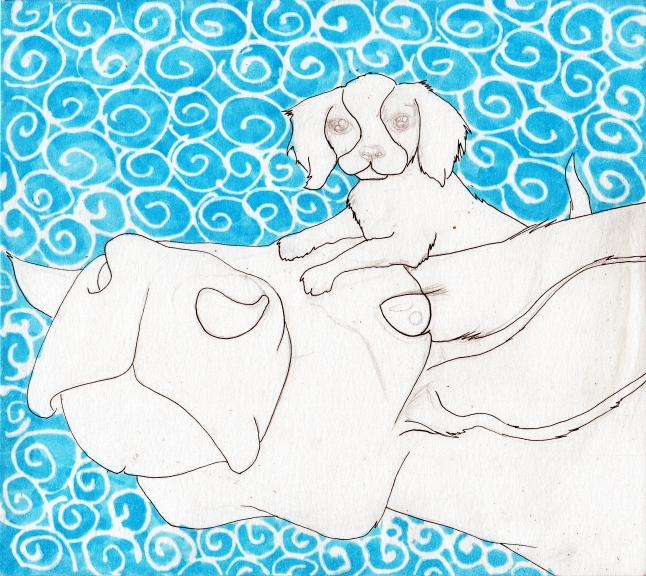 This was actually a really great blue that I lost with too many light colored coats. Alas! 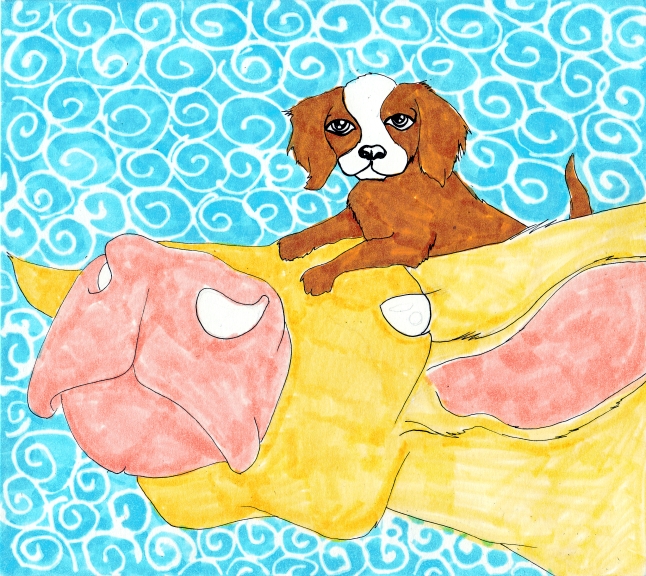 And this is the stage where I say to myself, ugh, this is not going well. But that always happens in the beginning color stages so I don’t despair quite as much as I once did. Which is good. Unless you’re one of those people who thinks inspiration is only sparked by misery. I am not. 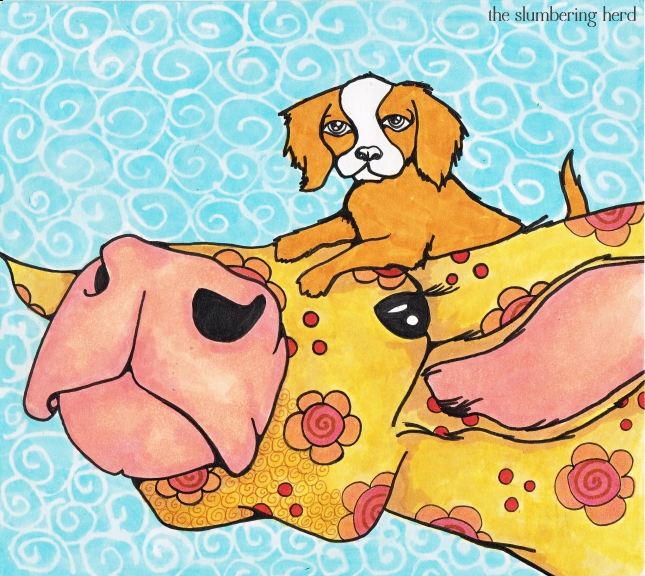 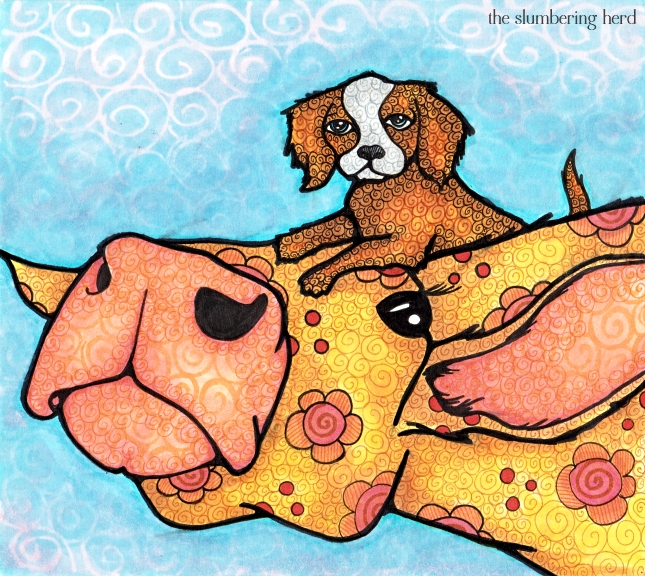 I really need to finish all of the color before adding the black ink (which isn’t supposed to smudge, but does a bit!) Lots of muddy spots as a result. Probably could have done more with the background but a decent effort overall.  Thank you for coming!

Note: In case you didn’t know, I have put a detailed tutorial on how to make yourself a thumbnail for IF (or avatar or other tiny image), on my sidebar near the top of the page. I hope someone finds it useful! A thumbnail will get you more views than no thumbnail. 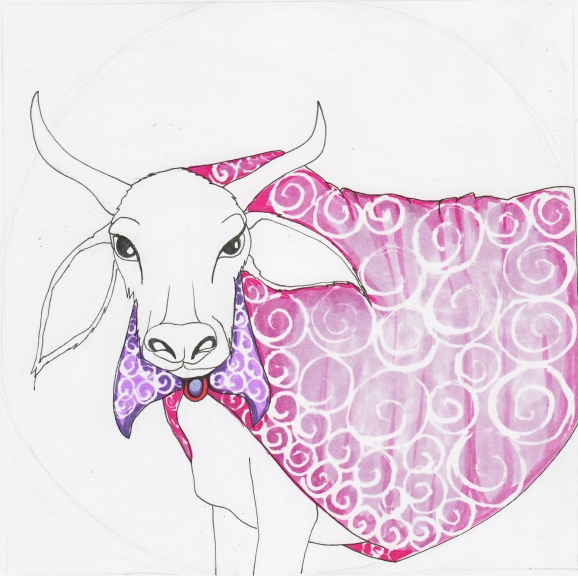 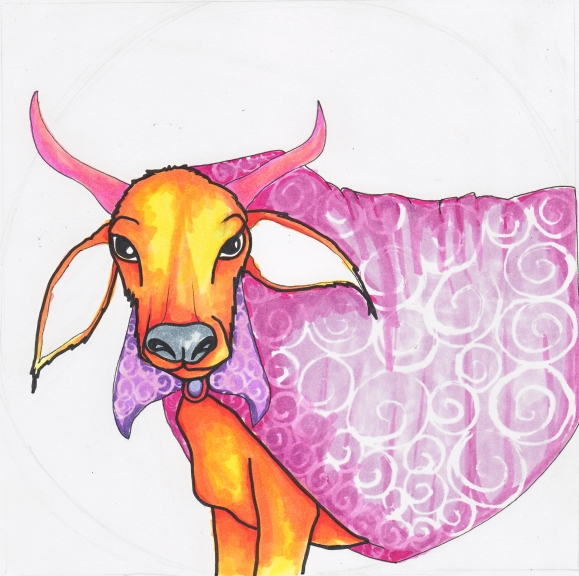 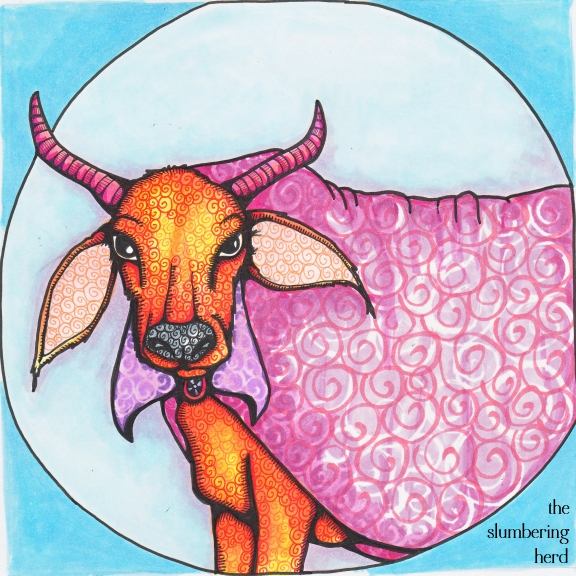 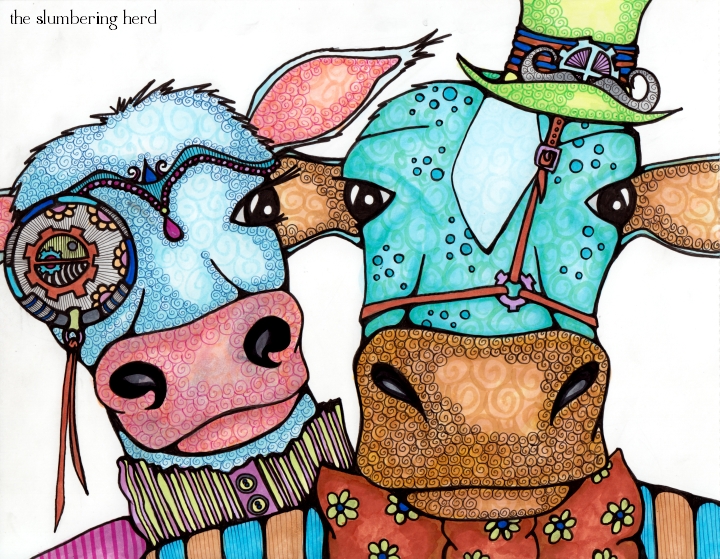 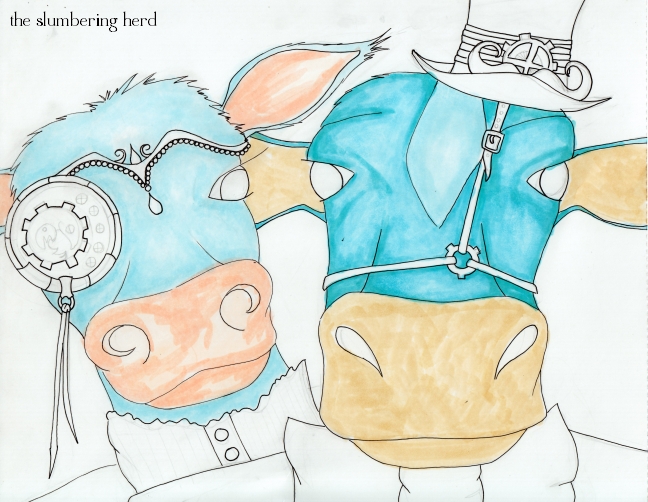